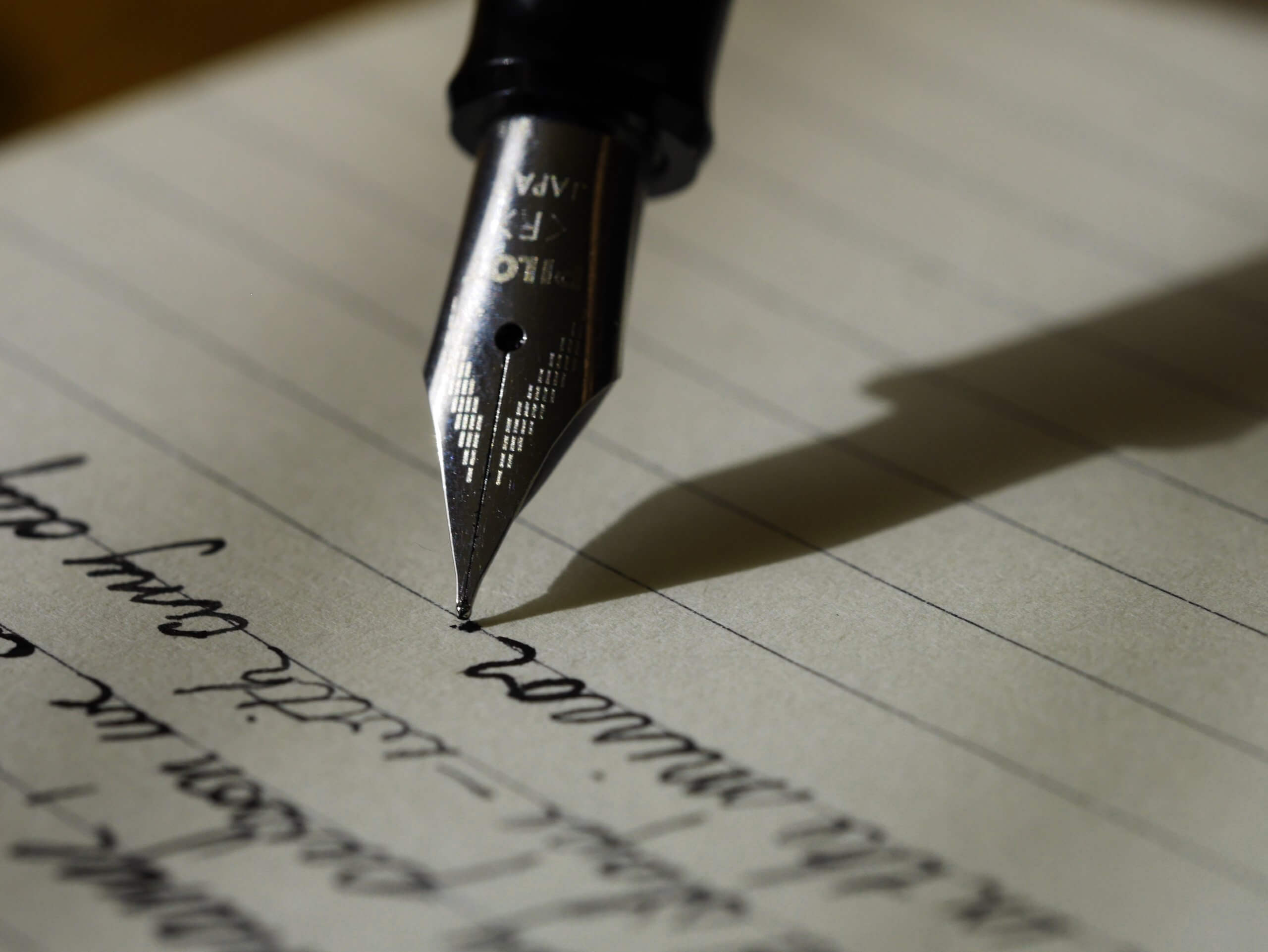 Around these parts, we are big believers in the power of the written word. In fact, our whole business model centres on the belief that handwritten letters can change your business, non-profit or charity. Now, in the age of email, text messages and 140-character tweets, the idea of letters having a significant impact on issues of the day might seem quaint. But throughout history, correspondence has been a powerful means for shifting public opinion and influencing world events.

From the Declaration of Independence to Guy Fawkes being ratted out via a letter sent by Lord Monteagle, there is no shortage of notable examples from the last few centuries. Here are four examples where letters had a surprising impact on history.

If you’ve seen the award-winning play Hamilton, you know that the life of Founding Father Alexander Hamilton wasn’t without scandal. But Hamilton might have eventually become the President of the United States if it wasn’t for a blackmail plot that went public.

According to Written in History: Letters that Changed the World, the ongoing love affair between Hamilton and his married lover Maria Reynolds was discovered by Reynolds’ husband, James. Rather than challenging Hamilton to a duel – which was a common way to settle scores in those days – Reynolds sent a series of letters blackmailing Hamilton, saying he would implicate Hamilton in a forgery scheme Reynolds was embroiled in.

As Secretary of the Treasury, Hamilton had to maintain a high level of integrity if he were to remain in his role. So he has no choice but to privately share the letters as proof that he has no involvement in the forgery. Sadly for Hamilton, the letters were leaked to the public by political rival Thomas Jefferson, who used the letters to destroy Hamilton’s reputation – ending Hamilton’s plans for higher office.

Abraham Lincoln Gets Some Life-Saving Advice On His Beard

As one letter sinks the ambitions of one Presidential hopeful, another brought those ambitions to life. The 16th US President Abraham Lincoln has one of the more memorable faces in US history, thanks mainly to his signature beard. But it was an 11-year old girl that prompted Lincoln to grow the beard in the first place – which had a major impact on his political career.

According to reports from that time, Lincoln had a bit of an image problem. In 1860, the Houston Telegraph wrote that the Lincoln was “the leanest, lankiest, most ungainly mass of legs, arms, and hatchet face ever strung upon a single frame.” The Charleston Mercury deemed him a “horrid-looking wretch.”

Enter little Grace Bedell, who wrote to Lincoln with some style advice: “…if you let your whiskers grow…you would look a great deal better for your face is so thin. All the ladies like whiskers and they would tease their husbands to vote for you and then you would be President.” He won the presidency without the beard, but Lincoln decided to grow one anyway, possibly to differentiate himself from his predecessors.

On his journey to Washington, D.C. for his inauguration on March 4, 1861, Lincoln got word that secessionists in Baltimore were preparing his assassination. He’d been clean-shaven until the previous November, so most of the public hadn’t seen him with his now full beard. His new beard likely served to shield his identity, allowing him to make it safely to the Capitol, where he was sworn in as President.

Four Polish Girl Guides Inform The World About The Holocaust

The horrors of life in Nazi concentration camps during World War II are well known now, but at the time, getting news out of the camps was not only difficult but also potentially fatal. Letters did come in and out, but they were, predictably, filtered by guards. However, four women were able to get some letters out of Ravensbruck and to their relatives.

Wanda Wojtasik, Janina Iwanska, Krystyna Iwanska, and Krystyna Czyz, four Polish Girl Guides who had landed in the camps for their involvement with the Polish Underground, devised the scheme. They were permitted one letter each month, and knowing that SS guards would read everything they wrote, they penned two letters: one in ordinary ink and the other in urine, which dried and became visible only when heated.

One letter alerted her brother to a secret code hidden in the letters. Then they used the invisible “ink” to provide specifics on the medical experiments performed on them, the mass executions, and the women sent to work in the concentration camps’ brothels.
The letters were sent to the Polish resistance first, then to the Vatican, the Red Cross, and the Polish government-in-exile, according to The First News. All four women survived, and their letters were presented as evidence in the Nuremberg trials where 11 Ravensbruck SS guards were sentenced to death.

In 1960, under siege by most of the world after 69 Africans were killed during an anti-apartheid demonstration, the government of South Africa withdrew from the Commonwealth to become a Republic. Nelson Mandela organized a conference to discuss the anti-apartheid response. Simon Sebag Montefiore shares that before being imprisoned on Robben Island for 27 years after being charged and convicted of conspiring to overthrow the state, Mandela wrote to South African Prime Minister Hendrik Verwoerd and offered Verwoerd an ultimatum:

“By…abandoning the repressive and dangerous policies of your Government you may still save our country from economic dislocation and ruin and from civil strife and bitterness.” Mandela laid out the African National Congress’s plans if Verwoerd refused: “Failure by your government to call the Convention makes it imperative for us to launch a full-scale and country-wide campaign for non-co-operation with your Government.”

Verwoerd refused, instead deciding to have Mandela and his ANC allies jailed, tried and imprisoned. This choice made Mandela an even more potent symbol for the anti-apartheid movement across the globe.

John F. Kennedy wasn’t president for long before his assassination, but his legacy is undeniable. His time in office might not have occurred at all if it hadn’t been for a very tiny message carved into the shell of a coconut. On August 2, 1943, Kennedy was at the helm of a patrol boat in the South Pacific. A Japanese destroyer attacked that boat. JFK swam three kilometres to the relative safety of an island, carrying an injured crewmate with him.

When Kennedy and the other survivors recovered and regrouped, they headed off for a larger island, which was mostly deserted. They came across two men from the Solomon Islands. According to the Smithsonian, JFK carved the following message into a coconut shell: “NAURO ISL… COMMANDER… NATIVE KNOWS POS’IT… HE CAN PILOT… 11 ALIVE… NEED SMALL BOAT… KENNEDY.”

Kennedy handed it to the men who swam across Japanese-occupied seas to bring it to the Allies. Kennedy and his crew were saved, and the coconut was the sole memento of his service that he preserved after WWII.

It’s not a simple thing to write a letter that will make its way into the annals of history, but you never know until you try. As we’ve shared on this blog, handwritten letters can have a big impact on your target audience. But who knows? Maybe the next letter you write will be ready 100 years from now.

Want to level up your direct mail? Contact us.